Does The western Care About OUAC Ranking?

If you’re looking to gain admission into the University of Ontario, you should learn about the OUAC ranking.

OUAC is an acronym for a bunch of words jumbled together that reads “Ontario Universities’ Application Centre”. From the name, you can already deduce that it’s the body that’s concerned with processing undergraduate admission for prospective students into the Universities of Ontario. 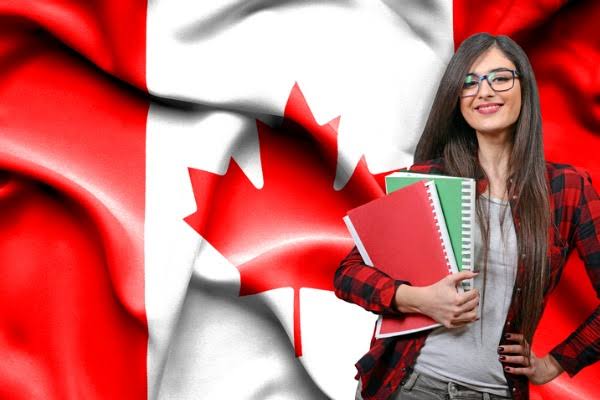 OUAC is based in Guelph, Ontario and its duty is to process and access your application. If you are eligible, OUAC proceeds to send your information to the Universities that you chose.

If you’re curious about the OUAC ranking process, you’re in the right place. We’ll show you all you need to know about it.

Does The western Care About OUAC Ranking?

The direct answer to this question is, No. Like every other University in Ontario, Canada, the Western University doesn’t care whether you rank them first or last in your OUAC ranking.

You see, there are a lot of reasons to choose to study at Western University.

For starters, the school, also called the Western University or University of Western Ontario, is one of Canada’s prestigious universities. In fact, they are ranked among the top 1% of the top best universities in the world. So, the school is a pretty big deal.

While the school might not care about OUAC ranking, you should try to rank them at the top. It might be one of the things that’ll catch their attention. Besides, getting admitted into this school is a bit tough and competitive.

So, it would be nice to have something on your OUAC application form to the Western University that’ll catch their attention.

But of course, you have to prove that you’re worthy of becoming a student of any faculty in the school to me first.

Do Universities care what you rank them on OUAC?

Not really. To the best of our knowledge, not all schools care about what you rank them on OUAC. If you rank a school as second, or first or last, they normally wouldn’t judge you or determine your faith on whether or not they would grant you admission to study in their school.

However, they could use the information on how you ranked them for statistical data. That is, with a collation of your OUAC ranking of universities alongside other prospective students, Universities can use the data to analyze just how many applicants would most likely accept the provisional admission they offer.

It’s a way for them to know just how many slots they should expect students to fill; they’ll easily predict the number of students that would resume at their school.

Now that you know Universities do not care so much about what you rank them on OUAC, you should worry more about focusing your energy on meeting the requirement set for the school. If you meet the requirement, nothing will stop you from studying in the school of your choice.

Can you submit OUAC twice?

No, you can’t submit the OUAC application twice. Every individual can only submit one application in September before a new academic year starts next year.

Besides, you have to pay a certain fee to process your OUAC application.

What happens if you submit OUAC twice?

But if you submit more than one application, the OUAC would ignore the other applications and maintain the original OUAC application you initially submitted.

If you’ve applied before but didn’t get into any school, you’ll have to start a new application for the next academic section. However, you should consider the application requirement for certain schools.

Some schools might require that you apply directly through their website, especially if you’ve previously been registered in the school.

In essence, if you’re reapplying to a school to study another course after already completing a degree, you should apply directly through the school.

If you’re looking to also apply for financial aid like scholarships the school offer, you’d also have to apply directly to the school.

Your OUAC application will not help you hunt down scholarship opportunities that each of the Universities they work with provides.

What rank is Western University?

Western University is a huge school. Their effort towards ensuring everyone has access to high-quality education regardless of where they’re from has sure paid off as every year; they always rank high in the international scene as one of the top Universities for students to attend in the world.

Currently, they run 211 on the global scene. But in Canada, they are number 8 on the list. While it might not seem like it’s a big deal for certain people, it really is a big deal as it indicated massive progress in the school’s advancement since it was founded on March 7, 1878.

The school started with four faculties that include Art, Divinity, Law, and Medicine. It wasn’t until after the post-world war era that the school further enjoyed growth.

From four faculties, the school has expanded into operating 12 faculties which they operate perfectly.

With a solid educational system, the school has never failed to produce Alumni that represent the school in a positive light by impacting the world in the best way they can.

What is Western known for?

The Western University is best known as a research-intensive University with Alumni being part of the board that conducts innovative research for major diverse challenges and problems globally.

Globally, the school is recognized as one of the leaders in high-quality education, research, and healthcare. So, if research is something you want to venture into or become a teacher, professor, etc.,

Western University should be one of the schools you should apply to. Respected for their education leadership, it’s no surprise that Western University is tagged as Canada’s fourth-largest academic library system.

Aside from that, students of Western University have the opportunity to learn and gain practical wisdom from world-class people who are at the top in business and are experts in their field. So, it’s only right for their education system to be world-class.

If you’re considering studying at Western University, that’s not a bad idea at all. You have to ensure that you meet the requirement and have the finances to see yourself through school.

However, the school offers financial aid and funding for its students. So, you can always snag a juicy scholarship once you gain admission to study at the school.

Does residency get easier & how stressful?