Corporal punishment is a kind of intentional physical punishment that is intended to cause pain to someone most especially in schools and homes as a result of bad behavior.

It consists of different dimensions from spanking, hitting, slapping, paddling, and any other physical force, when it’s inflicted on minors.

It can also be inflicted on adults such as prisoners and slaves. In this twenty-first century, its acceptability varies in different settings and jurisdictions. 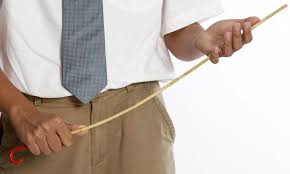 However, our focus in this context is students in Texas. Corporal punishment melted on a student by their teachers or school officials has been put to stop in many countries because it’s seen as a violation of the law according to each state’s rules.

The restricted countries include Kenya, South Africa, Canada, New Zealand, and some other countries in Europe.

However, it is still legal if it’s carried out in a not too common way in some states in the United States of which Texas is one and Australia.

Yes, it is! Corporal punishment is allowed in Texas schools and it’s even rampant than you can imagine. According to a recent survey, more than one thousand (1000) schools in Texas used corporal punishment on their students as a form of discipline.

And the most common way is by spanking the student with a wooden paddle.

Based on the Department of Education’s Civil Rights Data Collection, of those schools with corporal punishment as a form of discipline on their students during the school year of 2015-2016, 130 of these schools are based in North Texas.

Regardless, the levels of the punishment in those various schools vary from 0-1 percent of the students’ population of 88.6 percent. Consequently, just three out of the 130 schools in North Texas have banned the act since 2016.

In the same vein, there are problems associated with the use of corporal punishment in schools because this form of punishment takes place majorly in the rural areas

of the state where the student’s parents or guidance have limited access to transferring their kids to another school if they oppose the practice.

Also, based on southern Poverty Law Centre reports, corporal punishment is inappropriately melted on the juvenility and physically challenged students.

Can schools punish students for off-campus behavior in Texas?

Yes, they can! Schools have the right to punish any student that commits an improper behavior off-campus if the discipline is contained in the school’s code of student conduct, and in as much as these two factors are considered:

• If the student’s security and wellbeing and that of other students and staff are on the line.

• If the conduct which is the deliberate outcomes materially and substantially interferes with the school’s laws of reasonable discipline in the school’s policy.

Moreover, the severity of the punishment depends on the seriousness of the student’s offense. Such students may end up being suspended or expatriated.

Which is the more reason why the school board should always remind the students; staff included, that their actions outside the school can have either positive or negative impact in school.

School boards are also notified to consult their attorney about a certain off-campus situation about students or staff which will in turn call for disciplinary actions.

Student disciplining in Texas schools has been subjected to a comprehensive statutory procedure that was designed to balance campus safety and order.

yes teachers can discipline students, We have heard of cases where student threatened to injure a pregnant teacher,the New law passed will take care of urgly situation like this.

infact a new state law (Senate Bill 2432) has been passed making it easier to punish students who harass teachers.

This will help teachers and schools manage aggressive or violent student behavior.

Additionally, each school’s district is expected to have a local student code of conduct that establishes consistent disciplinary requirements.

The kind of actions that may warrant a student being disciplined by teachers and the kind of discipline it should be.

With this under the school’s law, a teacher can also take the student’s offense to the principal for proper response.

When did corporal punishment stop in Texas schools?

The fact that most of the schools with corporal punishment as a form of discipline in Texas are from the rural areas of the state,

and also some of these victims are poor and disabled children whom their parents can not afford to take to another school should they object the practice.

has formerly provided a written and signed proclamation restricting all forms of corporal punishment on their kids as a way of discipline.

The US is one of the two westernized countries that still allowed paddling. Need I say, the Texas State Rep Alma Allen once proposed a bill in 2015 to ban paddling and all forms of corporal punishment in Texas but unfortunately, the bill died on the board as it wasn’t accepted.

Corporal punishment can only be used to discipline a student who has violated the rules and regulations of the school in order to curb future occurrence. However, there hasn’t been any bill against the practice in the United States, Texas especially but it’s on a minimal level as it can only be carried out on the student’s parents or guidance’s support only.

Is Two, One Months Enough To Prepare For GRE?

How Does Elon Musk study? Explained